(EDIT – as of 10 december 2015, Bob Demuth in Reno, NV has STILL not given my dad his money back. This post is, unfortunately, still relevant.  also, this post had become MASSIVE because i’ve been adding information as i discover it, but i have now moved the individual bits and pieces to the comment section at the very bottom of this post. please have a look at those too, because i have included information that very clearly indicates that taking my dad’s money was not his first foray into unscrupulousness. this post is practically everything you ever wanted to know about Bob DeMuth in Reno, Nevada)

bob demuth in reno, nevada – if you’re reading this and I HOPE THAT YOU ARE, i have found you all over the web. it wasn’t difficult because your footprint is visible and i’m pretty good at the internet. there are quite a few people unhappy with you and i’m MORE than happy to tell them everything i know… and rest assured that i AM telling them. i’m also still having a look around and finding more info about how you’ve tried to, and HAVE, steal/stolen from people previously.

Note – I had an attorney friend of mine look this over and he said he sees no problem with the contents of this post, and even went on to say that, “Online business needs to be self-policed to expose people who are untrustworthy.” and I completely agree. We online consumers can’t allow people do things like this without repercussion. I sent Bob DeMuth an email 48 hours prior to publishing this post, giving him a final opportunity to refund my dad, but he has chosen to ignore the request. The money involved is not a huge amount, but it’s the priniciple – or rather, Bob DeMuth’s lack thereof. My apologies to anyone who shares a name with this man.

All of the information I have gathered is directly from my dad’s facebook messenger, or is publicly available on the internet.

Here’s the short of it:

Back in August of 2013, my dad bought an antique Indian Motorcycle wrench for $250 from Bob DeMuth in Reno, Nevada, through Facebook. Dad even sent extra money over the agreed $250 for Bob DeMuth to insure the parcel accordingly, and not be out of pocket. Bob DeMuth sent an image of a USPS Priority Box addressed to my dad and said that he sent it, but the wrench never arrived. Bob DeMuth “can’t find” his receipt from the Post Office. My dad offered to split the loss with Bob DeMuth but Bob said he would refund the entire amount because he wanted to maintain his reputation (HAH!). That never happened, despite repeated contact. Bob DeMuth in Reno Nevada stopped replying to my dad on 17 March 2014.

It has now been a year and a half ago (update: it has now been over two years) since my dad sent Bob DeMuth in Reno, Nevada the money for that wrench, and dad has still not received his refund.

My dad is a 100% Service-Connected Disabled United States Veteran and an extremely generous and altruistic man. I am furious that Bob DeMuth has taken advantage of him, and basically ripped him off.

This is Bob DeMuth: 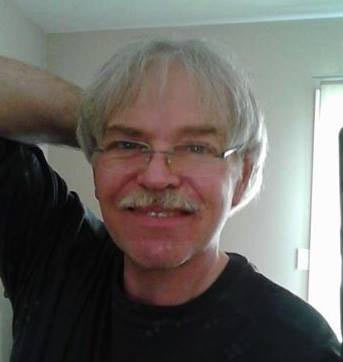 and this is a screenshot of his facebook page profile header as of 3 march, 2015:

LIES:
He claims to be doing Research & Development for Motus since August 2013. These are his own words:

Motus Motorcycles – Development of motorcycle drag race team and engine development of new American made motorcycle for the purpose of drag racing within the rules of the NHRA and other governing bodies. Motus a new maker of a motorcycle line here in America has authorized our team of enthusiast to take their basic engine and develop it for use in the world of drag racing. Team DeMuth-Motus-Motorsports is very excited to be associated with Motus and to develop their basic engine into a World Class Drag Bike.

in fact, here’s a screencap of the entry on his linkedin page

UPDATE – Motus Motorcycles say that they “do not know Team DeMuth-Motus-Motorsports, and are not affiliated with them in any way.” i spoke with them directly.

MORE LIES:
He also claims to be sponsored by Summit Racing, (he was never sponsored by summit racing) who employ him (he doesn’t work there anymore, apparently) in the Facilities and Operations department (info below).

in fact, here’s the part in the long conversation (below) where he says (on 17 january, 2014) that summit has sponsored him:

i’ve confirmed that he doesn’t even work for summit racing, and has never ever been sponsored by them for ANYTHING.

Incidentally, his phone number and address are also publicly available on the internet, but I’m making a point of not posting them here. You’re welcome, Bob DeMuth in Reno, Nevada.

Here’s the long of it:
Below is a transcript of the Facebook conversation between my dad and Bob DeMuth – with the irrelevant parts removed and the remaining sensitive information redacted. It is now a year and a half later and my dad still has not received the wrench OR the refund and to add insult to injury, Bob DeMuth has blocked my dad on Facebook. You can see how my dad arranged the purchase, and was MORE than understanding at first, and then you can start to see where his frustration is kicking in, you can see when Bob DeMuth just stopped replying (17 March 2014) and then you can see when my dad gets full-on frustrated.

71 thoughts on “Bob DeMuth in Reno, Nevada stole from a 100% service-connected disabled US Veteran and I’m not going to keep quiet about it”