i could never be a minimalist. i could probably be a basic-necessity-ist if i HAD to (depending on the definition of ‘basic’ and ‘necessity’)… but ultimately i would prefer to have my special little selection/collection of things. 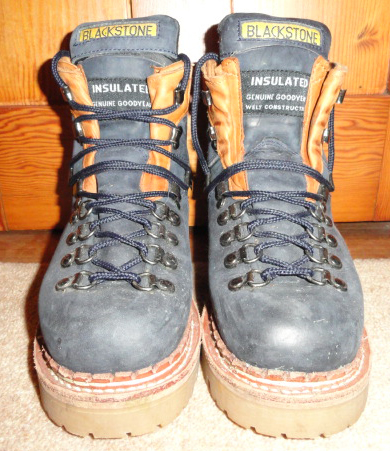 i like my indestructible, extra-clunky, waterproof-to-the-ankle, navy blue Blackstone hiking/construction boots with the dried blood stain on the leather part around the ankle where they wore a hole in my leg the first time i walked 2 miles in them.

i like it that they’re so industrial, they almost make me feel like i’m part machine. i especially like that i got them for £13 brand new off of another american chick here in belfast when they retail for nearly £200. AND as an added bonus, they qualify as post-apocalyptic wear.

i like my pink, extra-sparkly Rimmel London Stars glitter eyeshadow pencil (006 Star Kissed) that i actually use as an eyeliner most days (when i can be arsed) even though i rarely wear ANY other makeup. i like that the pink is pink enough to show up as pink on my complexion, but sheer enough to be otherwise inconsequential. i like that it’s sparkly in a non-precise way so that i can literally scribble it on and it doesn’t matter if i go outside the lines. i like it that it’s rather girly and i am not. i like it so much i bought another one, and then they were discontinued so i bought 5 more (so that i don’t run out before i find a suitable replacement, see?).

i like it so much that i’m considering getting a second one right next to it. and then perhaps a third one. TAKE THAT, SOCIETY! heh…

and finally, for now anyway, i like these. my dad gave me his (okinawan stylee) ones and i’ve just found out that they’re NOT illegal in the UK afterall, i just can’t walk around with them on my person which is fine because i walk around with a knife on my person. but anyway, i’ll be bringing mine back with me now that i know they won’t take them from me at the airport. they look almost exactly like this: 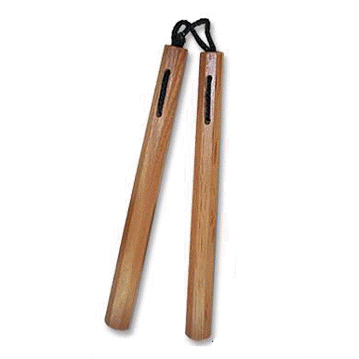 i have way more stuff , but i’ll save some for later.
thanks for looking at my stuff!