i wasn’t expecting any presents this year – other than my brand-spanking-new dell ultrabook from homer (hubs), which i may have mentioned on my twitter a time or two… HAH! – but the in-laws surprised me with some pretty good stuff.

i was planning on buying this for myself and had asked my sister-in-law to pick one up for me after the 16 december UK release, because she lives in london and things (in general) are more easily gotten there. there was no further discussion and i figured that it was sold out, as usual, and i didn’t want to bother her with it because she has three rambunctious boys to manage and i could always just get it later… but now i don’t have to! I FREAKIN’ LOVE THIS! i’m gonna hafta start wearing makeup again 🙂

AND i got this 2013 limited edition Urban Decay nail polish in Zodiac, also from sis-and-bro-in-law: 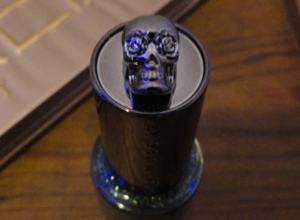 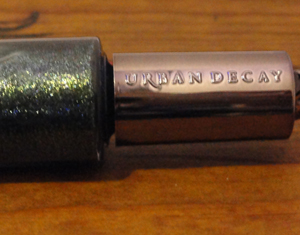 it’s a dark green based, greeny-goldy silvery shimmery (lol) polish and the bottle has a skull on top with wee crystal eyes! i haven’t actually used it yet, partly because i can’t be bothered to scrape off the polish i’m currently sporting, plus i’m not quite sure where my nail scraping knife is at the moment, but you can see some fantastic images, swatches and description at scrangie.com.

…and from my mum-in-law,  an antique silver, marcasite and amethyst brooch (which she wrapped in a lacy netting, victorian-era scarf) 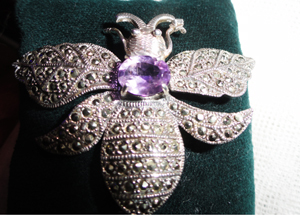 white precious metals are my favourite kinds of metal, and the marcasite just makes it even better AND unbeknownst to my mum-in-law, my late grandma’s birthstone is amethyst. i was very, very close to my grandma so that makes it even more special to me. how sweet is this? it’s slightly more than 2″ from wingtip to wingtip, and the top wing on  both sides is articulated.

not a shabby little haul, eh?

i’m really very touched by their generosity and thoughtfulness.