my mum-in-law loves to go to antique fairs and there happened to be one in templepatrick today. i have recently obtained my provisional (restricted) UK driving license so i drove her to the templepatrick hilton and we walked around and looked at stuff, had carrot cake and coffee and/or tea, looked at some more stuff, MIL bought a sterling brooch, and we got back into the truck.

before we left the carpark, i suggested that, since we were only a few miles away from antrim, we should pop over to see the antrim round tower (circa 10th century-ish). she had never seen it and i had only seen it once (thanks to s00z!), so i set the gps and off we went. 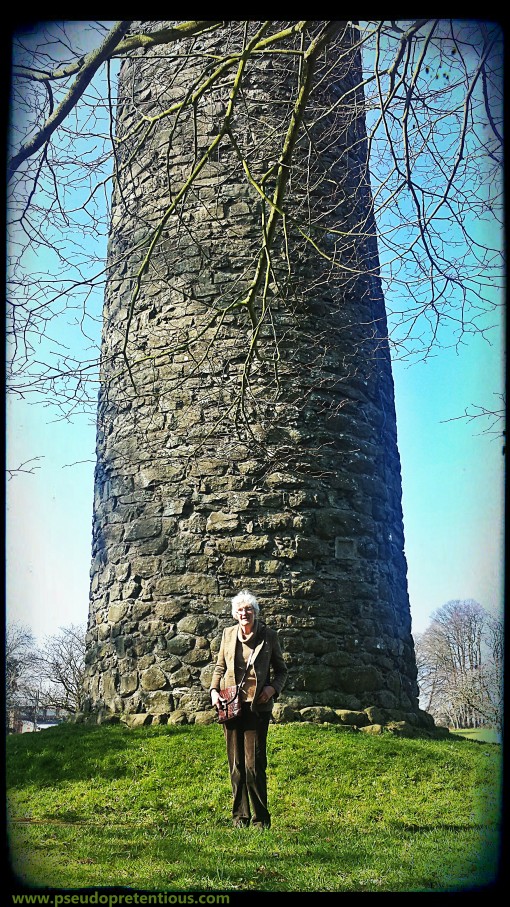 mum-in-law at the antrim round tower 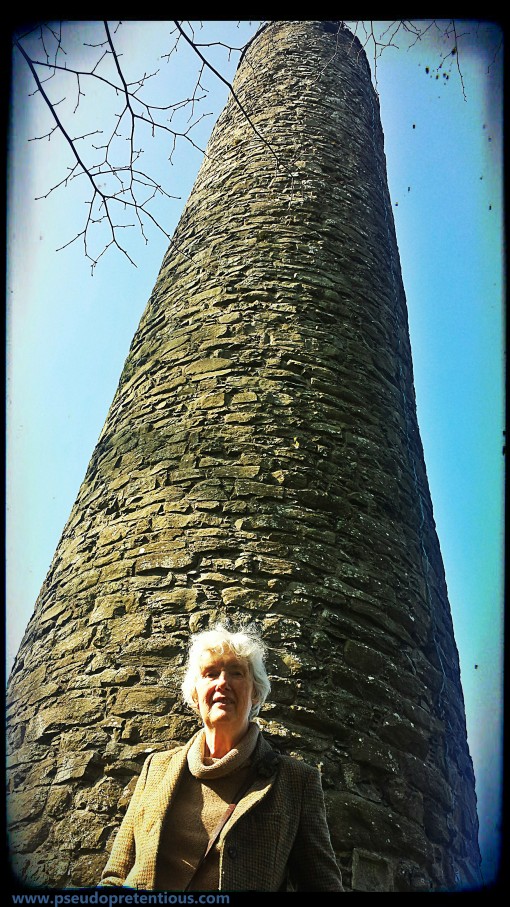 mum-in-law at the antrim round tower

next to the round tower is a boulder with some distinct indentations in the top surface. rumour has it that a witch jumped from the tower and the indentations are from her knee and elbow, hence the name “the witches stone”. 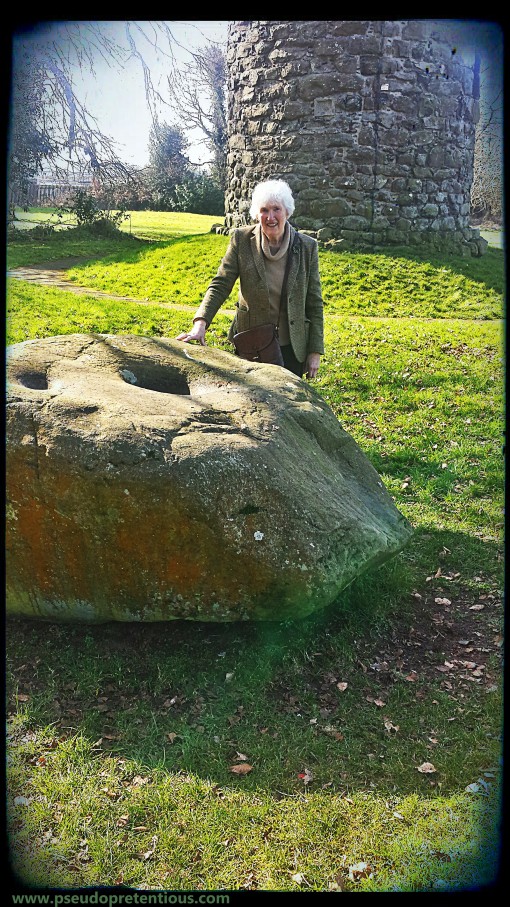 mum-in-law at the antrim round tower witch’s stone

it was SUCH an amazingly beautiful day that it would have been a shame to call it a day so early so i drove us back home, we both had lunch, and then hopped back into the truck and headed for the giant’s ring (circa BC2700-ish, which makes it older than the egyptian pyramids!). i had been to see it twice – the first time with my aforementioned wee friend s00z, and again on my birthday a few years back with hubs – but my mum-in-law had never seen it!! 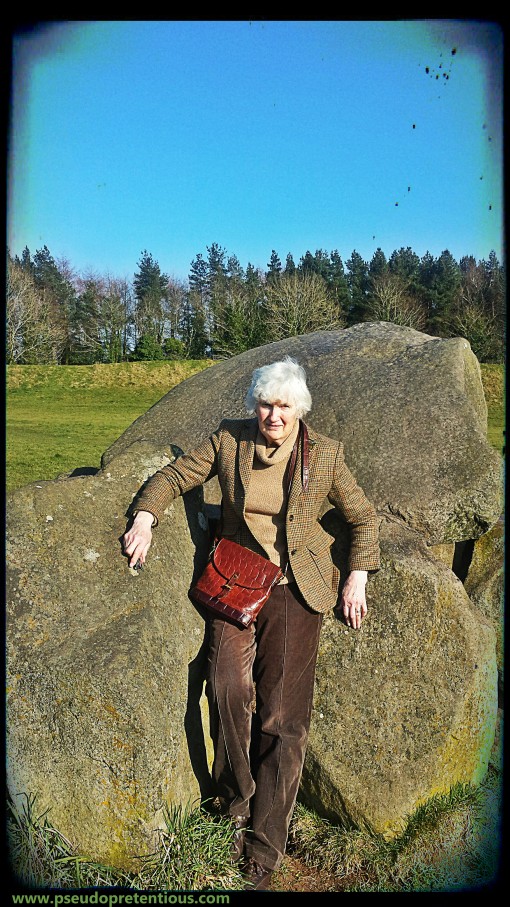 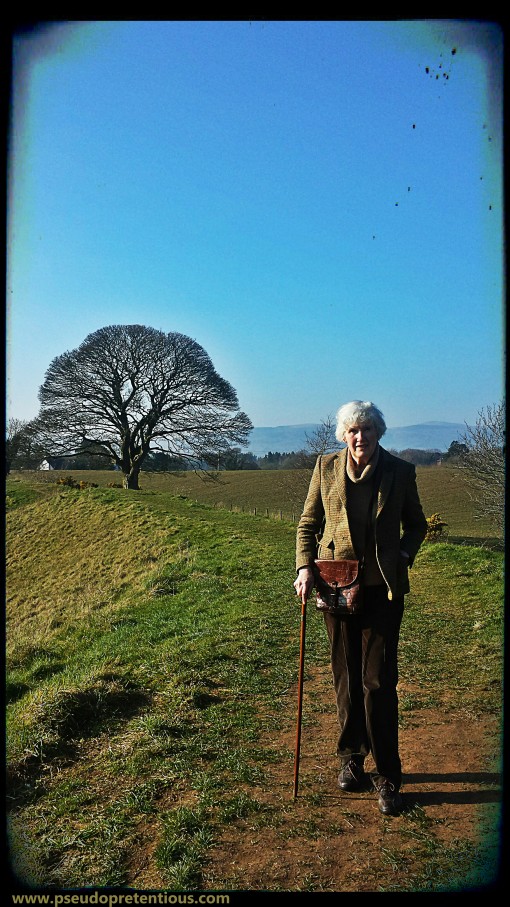 on a side note – if you’d like to have a look at some of the photos i took when s00z and i went castle-hopping (n’stuff), you can see them here. this album includes photos from the antrim round tower, the giant’s ring, 12th century sketrick castle and 16th century nendrum/mahee castle, 15th century tullunakill church and cemetery, and the 5th century-ish nendrum monastic site.

we had a lovely day and i really enjoy spending time with my 83 year old mum-in-law. i am incredibly lucky in the MIL department, and even the boy who served us our carrot cake earlier in the day (at the antique fair) commented on how unusual it is for a mother-in-law and daughter-in-law to get on so well… and we do, we really do.

we’re already talking about our next outing. it’s probably going to include the giant’s causeway (lots of “giant’s” stuff here, huh?), dunluce castle, and the bushmills distillery where, according to prophecy, i will be required to get something for my dad 🙂

thanks for stopping by!