The other day, hubs took me to Tollymore Forest Park. It’s 1600 acres of fantastic [mostly] wilderness located at the foot of the Mourne Mountains in County Down, Northern Ireland, about an hour away from Belfast.

When we were almost there, I noticed  a wooded hill about a mile off the main road with something that looked suspiciously like a Norman castle peeking out of it. It was. We stopped at it on the way back and I had a wee nosy and took some photos. You can read my Dundrum Castle post here.

It’s worth mentioning that Tollymore Forest Park is one of the Northern Ireland locations where Game of Thrones is filmed. Parts of Dracula Untold were also filmed here. Funnily enough, we crossed paths (literally) with a GoT tour group who were all dressed up in their furs and capes. I should have secretly snapped a photo but I did not.

Here are some of the photos I took that day, but they hardly do the place justice. 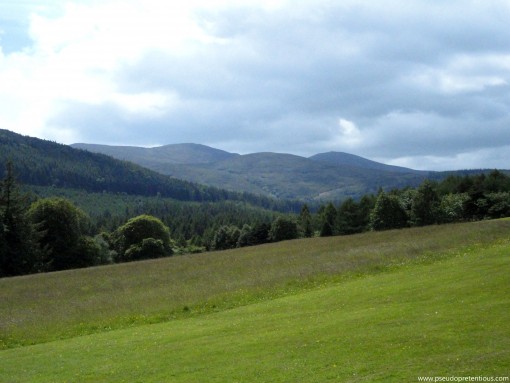 A view of the Mourne Mountains from Tollymore Forest Park 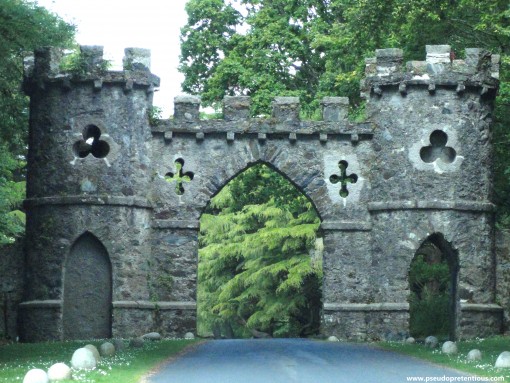 Horn Bridge – one of the first bridges you come to when you enter the park. 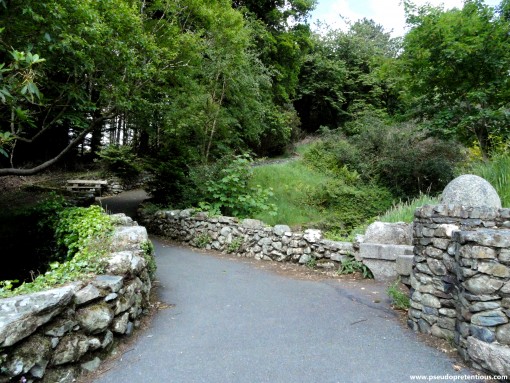 The path just across Horn Bridge 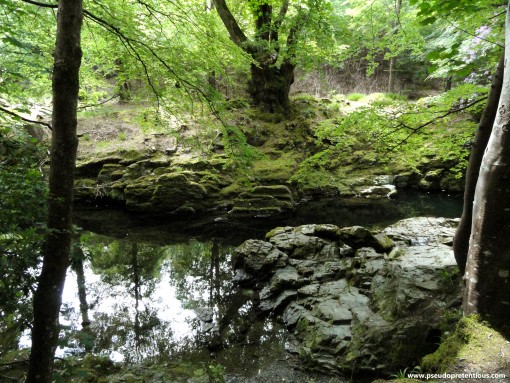 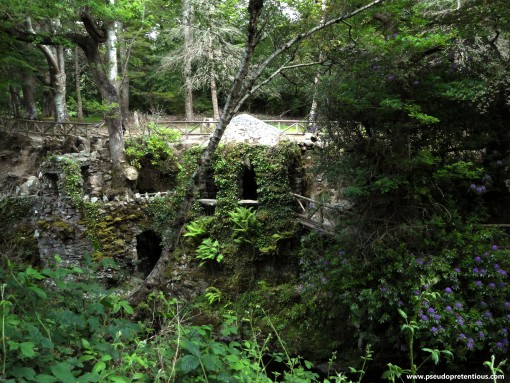 The Hermitage built in 1770 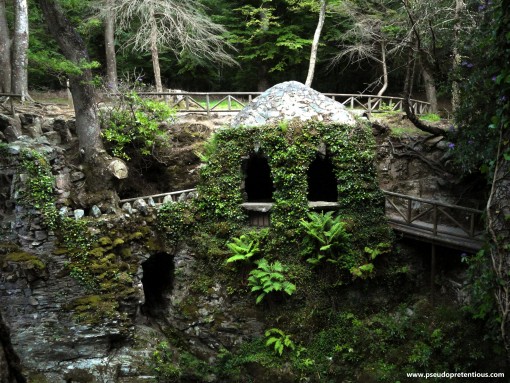 A slightly closer photo of the Hermitage on the Shimna River 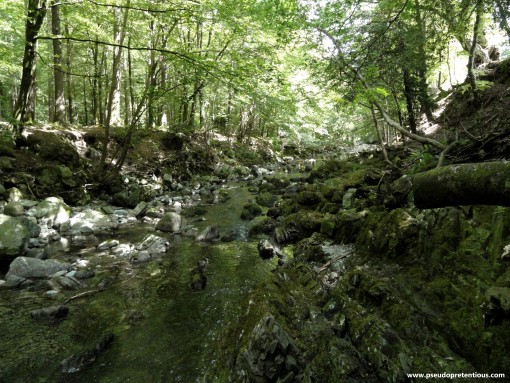 Parnell’s Bridge built in 1842 – You can see this bridge in the very first episode (and some subsequent episodes) of Game of Thrones, which is largely filmed in Northern Ireland

A close-up of the arch of Parnell’s Bridge 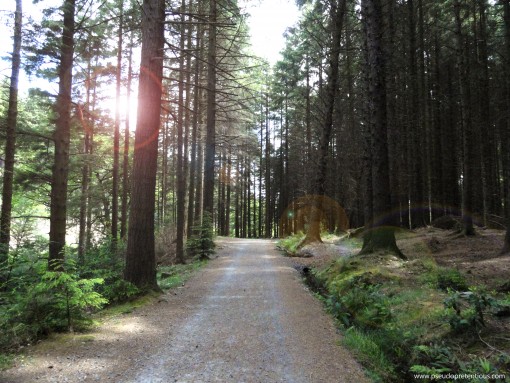 The air is crisp and clean here and smells of spruces and firs and cedars.

I could live here.

Some bees decided to have a Very Important Meeting right at the edge of one of the paths. This swarm was about 18″ from top to bottom. 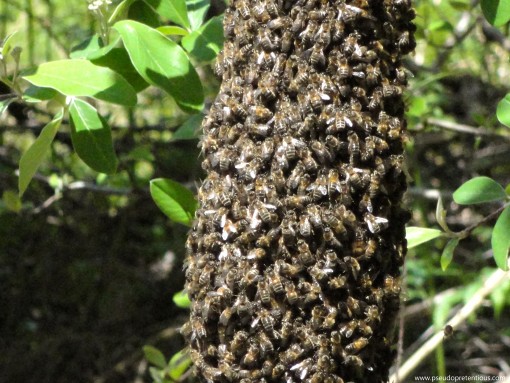 A close-up of the bees. I actually did get closer to them instead of zooming in with the camera. A few of them flew over to me to investigate but must have decided I wasn’t an acceptable new home (which is what the swarm was all about) and no bee wrath was received. 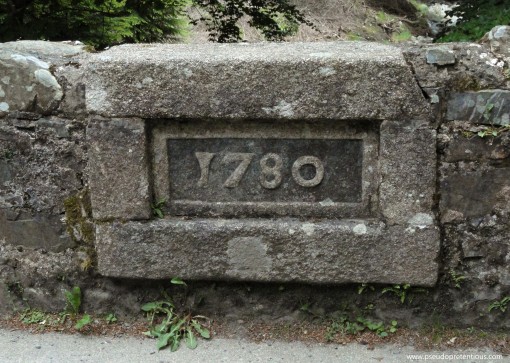 The centre of Ivy Bridge, built in 1780… obviously. 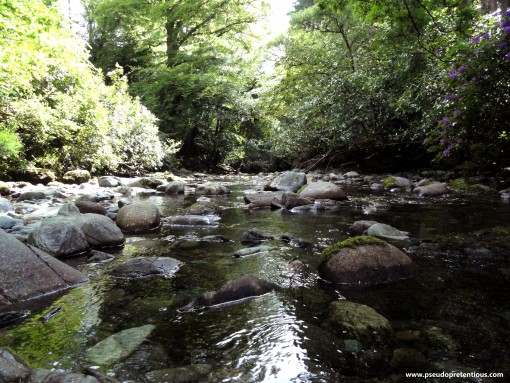 Another view of the Shimna River 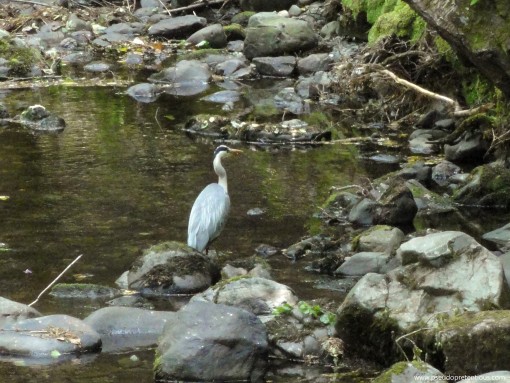 A Grey Heron on the Shimna River. It wasn’t terribly concerned about me and let me snap a few photos while it walked around looking for trout.

The grey Heron closer up. 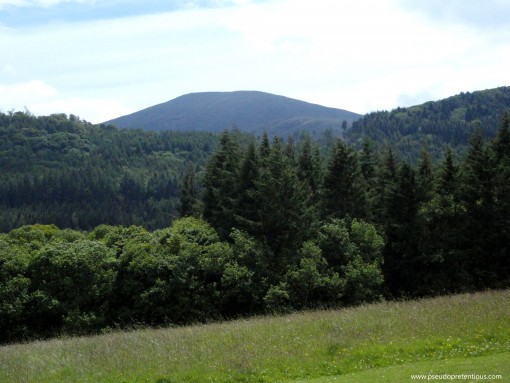 Another view of the Mournes as we were making our way back to the car park.

I had packed us some sandwiches and drinks, and we made a day of it. What a beautiful place! I’d like to go back again sometime because I didn’t get to see everything I wanted to see, and maybe next time I’ll take some sort of map with us because we sorta kinda got lost-ish in the woods and had to estimate our way back to civilisation. It’s a good thing i was a Girl Scout for those 10 years (or so).  🙂