On the same day that Hank and I went to Tollymore Forest Park (you can read/ see all the pics from that post here), we stopped by a Norman Castle that I happened to see up on a hill. It turns out it was Dundrum Castle. I knew that it sounded familiar to me, but when we arrived and I saw all of the flowers growing out of the walls, I knew why. Just a few days before, I had watched the Time Team episode – Series 20 Episode 9 – The Lost Castle of Dundrum , so not only did I get to see the beautiful ruins, I also knew a little bit about what had been going on there previously! It was very exciting… to me. Homer is kinda “eh.” about the whole castle thing.

So, what did I know? I knew there was a cistern/well/water supply under the keep, I knew that the hole in the wall behind the keep was a garderobe (a medieval toilet) from a building that was there before the keep had been built, I knew that the two thicker parts of the curtain walls were exterior walls of two great halls that are no longer standing, and I knew approximately where the pre-Norman Irish round hall feasting-type building was located (the Normans tended to build on top of important Irish buildings such as the halls of local nobles).

The castle is originally 12th century, but was developed over the next several centuries, with the Brundell House being added during the mid-17th century, approximately.

This is the view from the car park. That’s the mid-17th century Blundell house there in the foreground (lower ward), with the curtain wall and the keep just visible to the left of the house in the background.

Looking across the wall at the Blundell House. 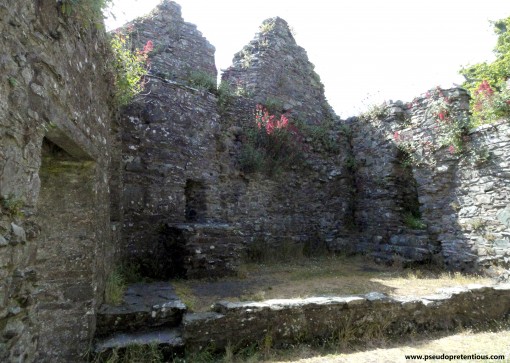 Inside the Blundell House. It kinda smelled of wee 🙁 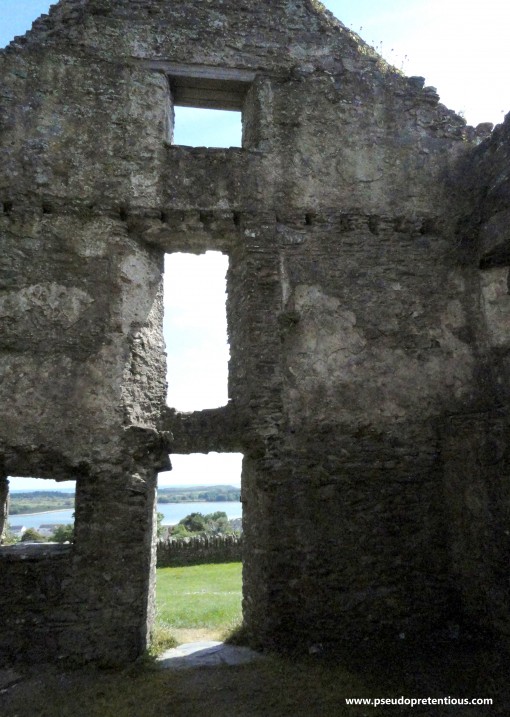 Looking through the doors and windows of the Blundell House onto Newcastle Harbour. You can see the line that marks where the floor of the upper story had been. 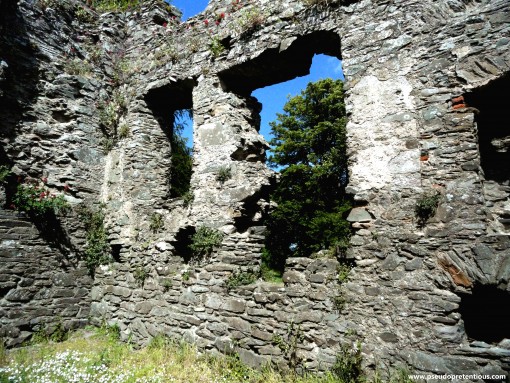 Inside the Blundell House. 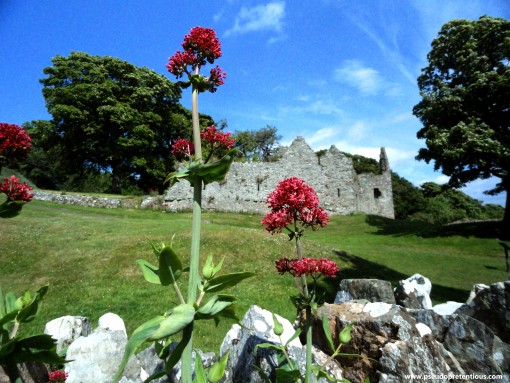 Some of the abundant wallflowers, looking across to Blundell House. I think this is one of my favourite photos of the day. 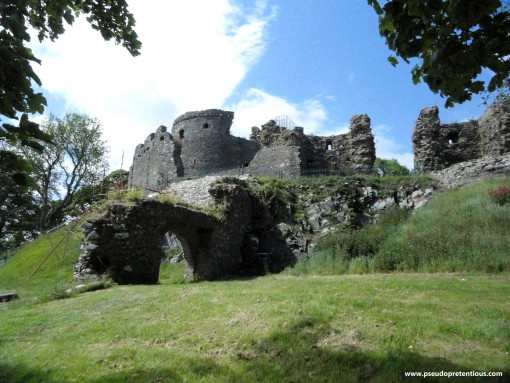 Looking at the gateway from the lower ward to the upper ward (bottom middle left), the gatehouse (middle right) and the curtain wall and keep (middle/middle left). 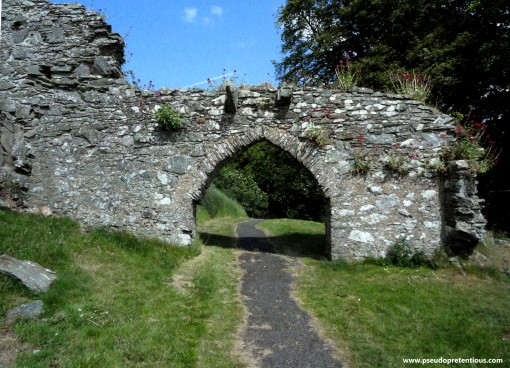 The gateway from the lower ward to the castle gatehouse.

More wallflowers, these are at the top of the curtain wall surrounding the keep. 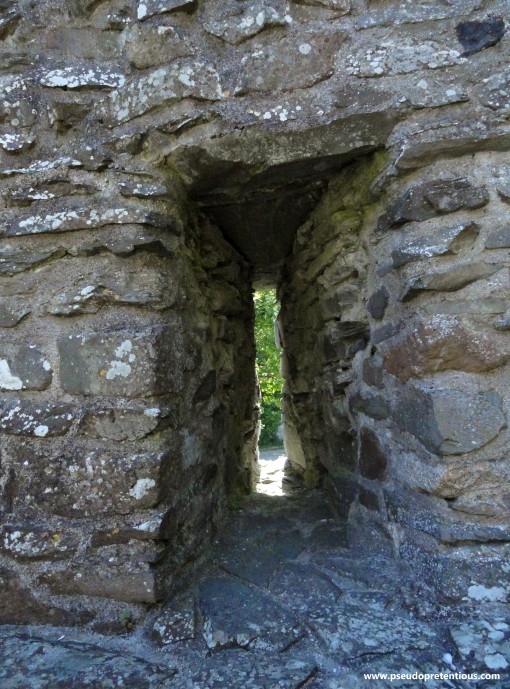 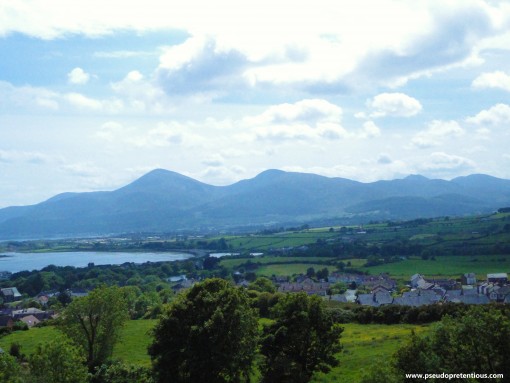 A view of the Mournes and Newcastle Harbour as seen from the Dundrum Castle curtain wall. 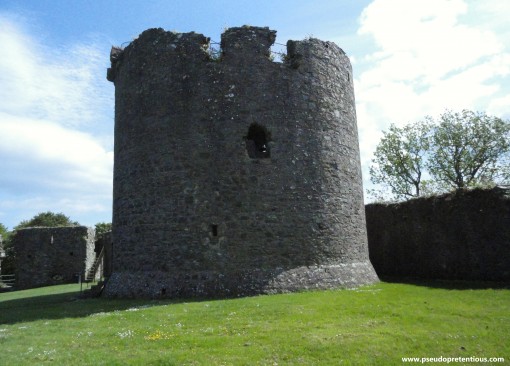 Dundrum Castle keep with part of the gatehouse visible in the background, to the left.

The castle keep and curtain wall. 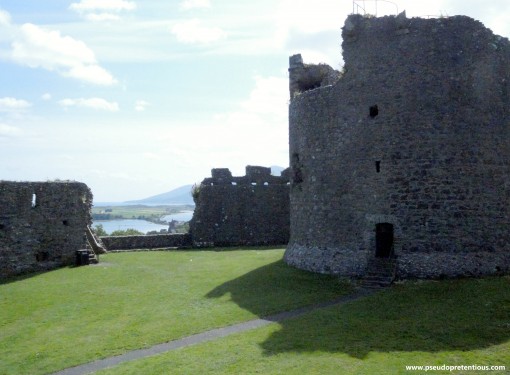 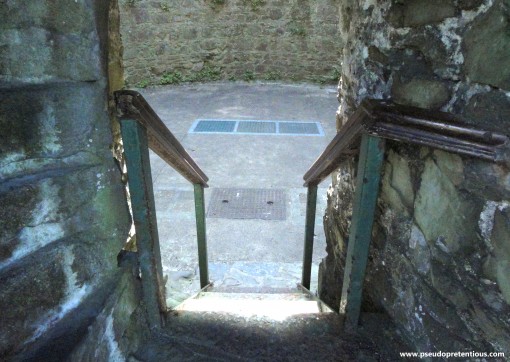 The entry to the keep was gated and locked, but you can see the spiral staircase at the left of the photo, and the square cover at the bottom of the central stairs leads to the well/cistern and storage area, approximately 23′ below the visible floor level. 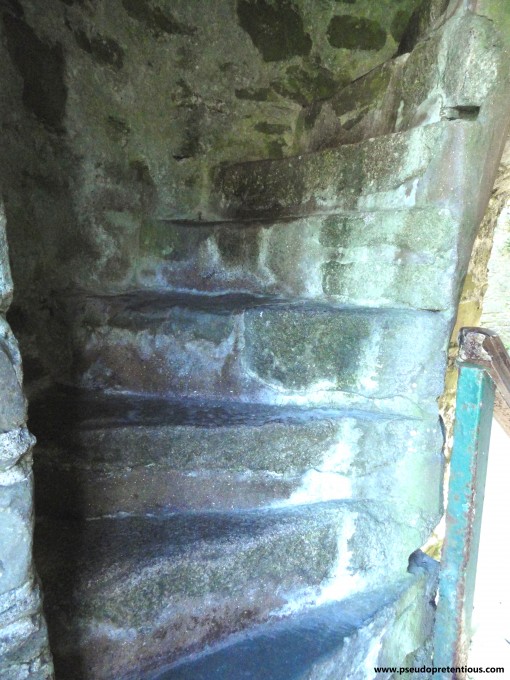 A close-up of the spiral stairwell inside the keep. 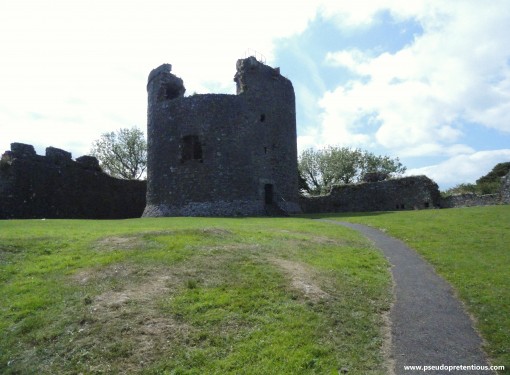 The path leading from the gatehouse to the keep. Curtain wall with visible crenellations in the background to the left of the keep.

Another angle of the keep and curtain wall.

More wallflowers. They were EVERYWHERE!

The video above was done by a fellow called Liam McCormick. I don’t know him, but his YouTube channel (Liam McCormick’s YouTube Channel) currently has a handful of well done HD drone videos, including one of Inch Abbey in Downpatrick, which is one of the places in particular which I would like to see. In fact, here’s the Inch Abbey video: